Excited To Share with you a special Piece that I painted earlier this year.

I am currently working on the release of a small number of limited edition prints which will be coming soon. 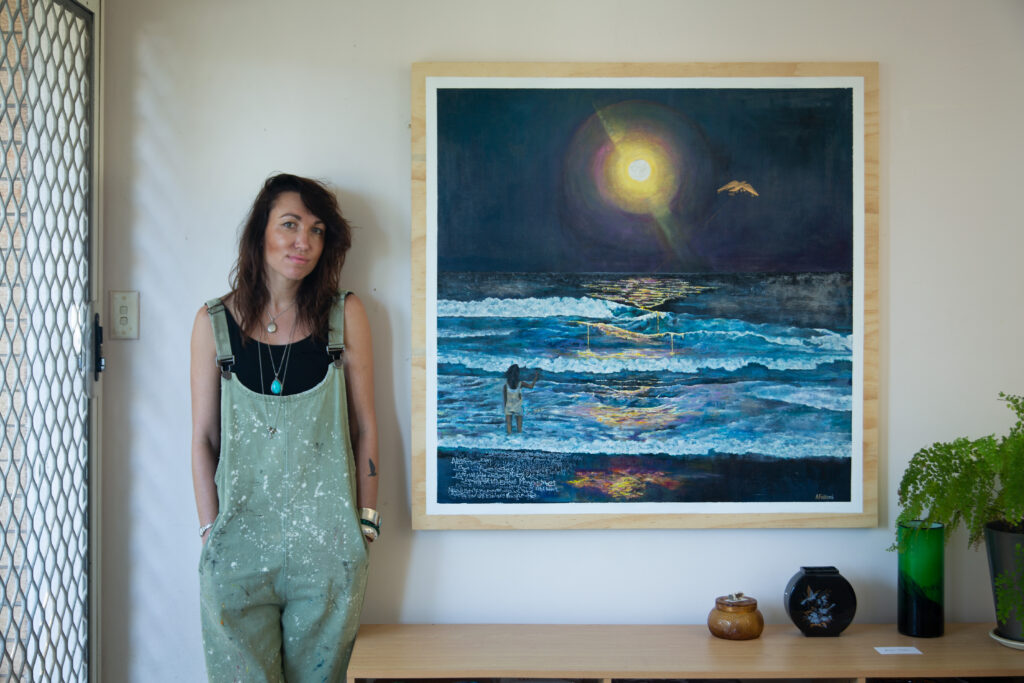 This painting is one that is not for sale as it is very close to my heart.
Dedicated to my family I named this painting after my Gang gang who was my Granddad.

I was always close to my Gang Gang, I found him very magical when I was a kid. He was very in touch with nature, the rhythm of the earth and had this miraculous way of healing people with natural remedies, like herbs, certain foods and crystals.
For a light hearted example he one day got rid of my headache by cutting up fresh potato and wrapping them on my forehead with a bandana. Another time he pretended to cut off a wart on my thumb with his pocket knife rubbed it with hay and somehow it was gone in a week!

He absolutely recycled everything, respected everyone and everything around him, to me he was magic.
He used to teach about the magic of the moon and how important it was to live by the moon cycles.
What things to do on New Moon and on the full moon. He had a lot of mysterious stories about life and the moon.
His other passion was Crystals, His favourite was the Carnelian and when we were kids all us cuzzies and Gang Gang went into the hills, forest and rivers and found crystals, we called it crystal palace.
He would teach us that our crystals would protect us if we looked after them and also to cleanse them on the full moon by either leaving in the moonlight or washing them in the sea to keep their energy alive. I still look after mine to this very day.

Gang Gang showed me a side of life that opened my eyes, That life can be magic and special, that there is so much to learn if you open yourself up to mystery. This way of thinking has saved me on dull days even just by believing “Today something magic will happen”

When Gang Gang passed away mum found him in his garden, one of his favourite places.
Around a week later he was cremated and on that eve I decided to go to the beach to watch the sun go down and remember him. I had been so sad for once I had lost track of the moon, but as I wept I looked up and there it was, the full moon. I felt like that was Gang Gang saying goodbye, letting me know everything is ok. 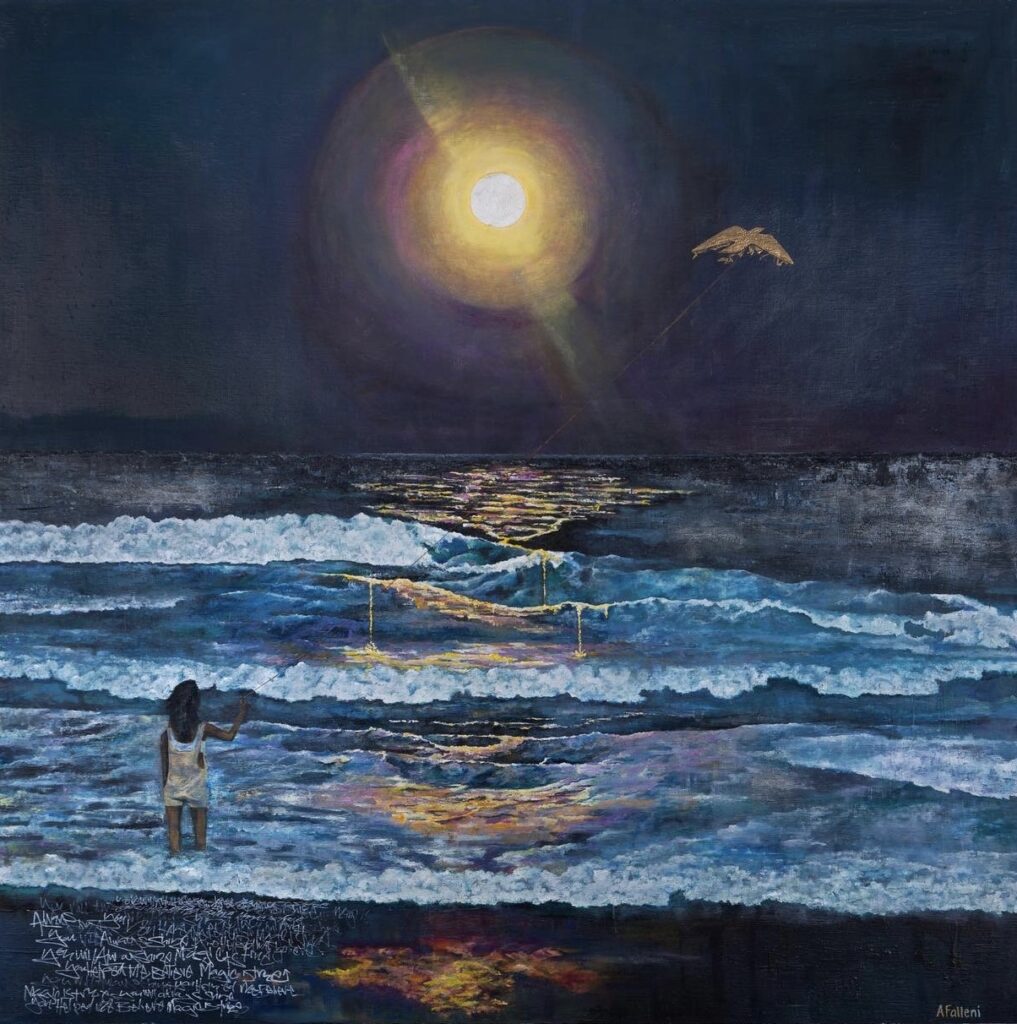 Can you see the magic in this painting?
Dusted Crystals soften the mystical moon melting its light onto the waves controlling the tides and the rhythms of life.
The intense glow of the afterlife and rebirth of new things to come.
My bird is like a golden kite, holding onto my memories and the magic he has shown me.
Magic is true if you believe it and learn to let it into your heart.
Every four weeks your light will shine and I will always follow you. 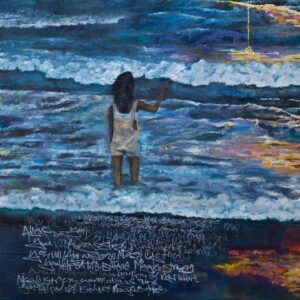